Q: How does the union work?

A: A union is a democratic organization of a majority of the employees in a facility. The basic idea of a union is that by joining together with fellow employees to from a union, workers have a greater ability to improve conditions at the worksite. In other words, “in unity there is strength.”

Q: Who runs the union? The company says that the union is just a bunch of outsiders—a third party.

Q: How much are the dues?

A: The dues are three times your hourly rate per month. If you make $20 an hour you pay $60 a month. However, no dues are paid until the majority of workers vote to accept a contract they helped to negotiate.

Q: Where do union dues go?

A: The union dues pay for services such as bargaining assistance, legal help, education, publications, etc. You do not pay dues until you accept a contract.

Q: Will the union make us go out on strike?

A: There will never be a strike unless a majority of your co-workers vote to go on strike. Strikes happen in less then 2% of all bargaining situations. Nowadays, unions have other ways to put pressure on employers, like boycotts and informational pickets.

Q: Can I get fired for helping the union or for attending a union meeting?

A: It is illegal for you to be fired, punished, or harassed for attending a meeting or supporting the union. The best safeguard against the employer harassment is for everyone to stick together and win their union. Without a union, management has a free hand to treat people as they please. With a union, everyone has the protection of a union contract.

Q: What can the Teamsters union guarantee me?

A: The union can only guarantee one thing—that if the workers stick together they will have more bargaining power than they do individually.

Q: Can we loose the benefits we have now?

A: It doesn’t make sense. If the workers were going to lose wages and benefits with a union, why would employers fight the union. In fact unionized workers earn on average 30% more than non-union workers do. It is also against the law for employers to take away benefits in order to punish you for joining a union.

Q: Will the shop close if we vote for a union?

A: It is against the law for a company to close or threaten to close because of union activity. Any employer that is making money is not going to close simply because the workers want a union.

Q: What can we expect the company to do to try to get us to vote against the union?

A: Usually the company tries to influence employees with scare-talk, anti-union speeches and letters. On the other hand, be prepared for the company to be on their best behavior until the campaign is over. Some companies make improvements during a union campaign, hoping employees will forget about their past problems.

Q: Does the company have to negotiate if the union wins?

A: Yes. The law requires the company to bargain in “good faith” with the bargaining committee the employees elect.

A: No, it takes the work of employees who are dedicated to helping their coworkers. And it also takes the active involvement of as many employees as possible.

Q: What is the grievance procedure? Does it mean I can’t talk directly to my supervisor any more?

A: A grievance procedure is a way to resolve fairly and peacefully any disputes between the workers and management. Naturally, a worker can still deal directly with his or her own supervisor. But if this doesn’t work, you have the option of going to your shop steward, and he or she can file a grievance. Your boss no longer has the final say in matters.

January MeetingJanuary 9, 2022
We are having our monthly membership meeting today!

WE ONLY ACCEPT DELIVERIES FROM UNION CARRIERS. ALL OTHER DELIVERIES WILL BE REFUSED! 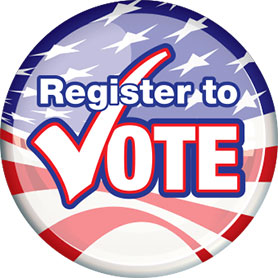